Two glands located on top of the kidneys. They produce several hormones, including androgen (male) hormones.

Any hormone which produces male physical characteristics, such as facial hair, a deep voice, muscle bulk, and so on. The main androgen hormone is testosterone.

A drug which blocks activity of an androgen hormone on the cancer cell.

The opening at the lower end of the rectum through which stools are passed.

A drug that attacks cancer cells.

A tumour that does not have cancer cells in it; that is, the tumour is not cancerous.

A non-cancerous enlargement of the prostate.

The sac in the lower abdomen which stores urine that has passed from the kidneys down the ureters.

Radiotherapy using radioactive seeds or rods which are inserted directly into the prostate.

A tumour with uncontrolled growth that invades normal tissue and spreads to other parts of the body; poses a serious threat to life.

The basic building blocks of the body; many cells make up tissue.

Studies conducted on patients with cancer or other diseases, usually to evaluate a promising new treatment. Each study is designed to answer a specific question and find better ways to treat patients.

The normal control of bladder or bowel function.

Digital rectal examination, the doctor will insert a finger into the anus to feel the prostate.

A brief period during the beginning of LHRH treatment when some symptoms of prostate cancer may worsen.

A grading which indicates the rate of growth of the prostate cancer.

Blood in the urine.

In prostate cancer, drug treatment that reduces the male hormone which promotes growth of cancer cells.

Enlargement due to increased number of cells.

The inability to have an erection.

The loss of bladder control, which can be caused by the cancer or the result of some treatments for prostate cancer.

Using special instruments inserted through a small cut to look into the “tummy” or abdomen; also known as key-hole surgery.

Major surgery which opens the abdomen.

A hormone secreted by the pituitary gland that stimulates the secretion of sex hormones in both men and women.

A hormone secreted by part of the brain that stimulates the secretion of luteinising hormone by the pituitary gland; LHRH is sometimes referred to as gonadotrophin – releasing hormone (GnRH).

Human-made drugs that are similar to natural LHRH.

An opaque fluid which drains away from most tissues around the body and is returned to the blood via the lymphatic system.

Vessels that carry lymph, together with lymph nodes and several organs that produce and store infection fighting cells called lymphocytes.

Small bean-shaped structures scattered along the vessels of the lymphatic system. The nodes filter bacteria and cancer cells that may travel through the system. Lymph nodes are located near the organs from which they drain lymph, for example, the prostate.

A tumour that is cancerous.

A drug combination (LHRH analogue and anti-androgen drug) most commonly used to block the activity of male hormones which promote the growth of cancerous prostate cells.

The spread of cancer from its original site to distant areas. Cancer cells are carried to distant sites mainly by blood and lymph.

A doctor who specialises in treating cancer; the doctor may be a surgeon in urology (urologist), a specialist physician (medical oncologist) or a specialist radiation

The surgical removal of the testicles, also called orchiectomy.

Low blood pressure when you stand or sit up.

Treatment that does not cure the cancer but eases the symptoms.

A doctor who specialises in the diagnosis of disease by studying cells and tissues using a microscope and other methods.

An operation to remove the entire prostate gland and associated tissues through a cut made between the scrotum and the anus.

A gland located at the base of the brain. It produces a variety of hormones that stimulate the release of hormones by other glands, including those that affect the testicles.

Ability to get an erection.

The surgical removal of the prostate gland.

To do with the prostate.

A blood test to determine your level of PSA (Prostate Specific Antigen). This is an indicator to your doctor of what might be happening to your prostate.

A measured quantity of radiation energy (usually X-rays produced by a machine) directed at the tumour to kill the cancer cells.

A cell or group of cells able to detect changes in the environment.

The last 10 to 15cm of the large intestine (bowel) leading to the anus.

Significant decrease in the symptoms caused by the cancer.

Ejaculating inwards into the bladder.

An operation to remove the entire prostate gland and associated tissues through a cut made in the lower abdomen.

The external bag, or pouch, which contains the testicles.

The pouches above the prostate that store semen.

A term used to describe the size, extent of spread, and distribution of the cancer in the body.

Performing a series of tests which tell the doctor whether the cancer is in Stage T1, T2, T3 or T4, or alternatively Stage A, B, C or D.

The two egg-shaped glands that produce semen and sex hormones, and are located in the scrotum.

A male sex hormone which stimulates male sexual activity and the growth of sex organs, including the prostate produced mostly by the testicles.

A group of cells.

To perform a transurethral resection, the surgeon inserts a special instrument through the urethra in the penis to relieve obstruction to the flow of urine caused by the prostate tumour.

An excessive growth of cells resulting from uncontrolled and disorderly cell replacement; tumours may be benign (non-cancerous) or malignant (cancerous).

The tube that carries urine from each kidney to the bladder

The tube that carries urine from the bladder, and semen from the sex glands, through the penis to outside the body.

To do with the system that carries urine from the kidney to the exterior of the body.

A doctor who specialises in treatment of diseases of the kidneys, ureters, bladder and urethra, and the nearby male sex organs, including the prostate. 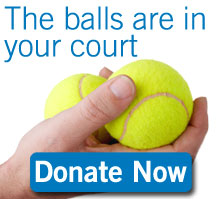